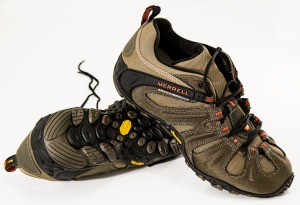 When I was in college, I wanted to start jogging and get fit. It was a good plan, but unfortunately, there was a horrible problem with it. You see, I knew that when I ran, I looked like a galumphing three-legged camel with a gimpy leg. It was truly a horrendous sight, and I squirmed every time I thought about jogging in public. I couldn’t afford a treadmill, and I didn’t want the humiliation of being a public display. After much thought, I hit upon the perfect solution. I would set my alarm and jog at 2:00 a.m. when everyone was asleep! Brilliant!!! Problem solved!!! As I excavated my jogging shoes from the back of the closet, I mentally congratulated myself for being a genius.

Getting up at 2:00 a.m. became part of my daily schedule, and I really enjoyed it. As I ran down the road, everything was velvety still and silent. The only sound was my tennis shoes hitting the pavement. Above me, the stars were spread in a brilliant display of God’s handiwork, and occasionally, I would see a falling star burning across the sky. My late-night wanderings were absolutely lovely. I prayed as I ran, and every day, I felt a deep sense of peace invading my soul. Unfortunately, jogging took an unexpected turn one fateful night… 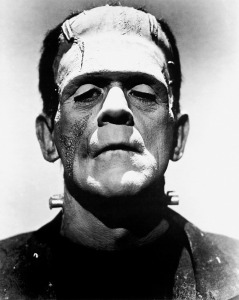 When I can’t sleep, I watch a movie on television. I don’t really care what movie—just something to burn a few hours until I get sleepy. Late at night, the movie selection can be somewhat limited, and usually, the selection involves a group of college kids getting eaten by mutant tarantulas or big, slimy blobs. I don’t usually mind movies involving mutant bugs, aliens, or sharks. Actually, at 1:00 a.m., I find them pretty hilarious. Although monster movies are supposed to be scary, I find myself giggling like a maniac at the giant bugs and rolling my eyes as people split off to check circuit breakers and investigate strange noises.

Although I get a kick out of monster movies, I tend to avoid blood-and-guts movies involving deranged killers, and I can trace the reason why back to my jogging days in college. You see, back then I couldn’t sleep one night, so I watched a movie. I can’t remember the name, but it was very creepy and very bloody. It involved a horrible, sadistic killer, and it really got beneath my skin. When the movie finished, it was time to go jogging.

When I went out the door, I didn’t see the beauty of the stars—all I saw were the shadows. Although I knew it was silly, I was sure there was a murderer wielding a knife behind every bush and tree. Each moving shadow became a threat and each breath of wind against my neck made me shudder. Speaking to myself sternly, I ran faster and tried to think of something else…

Thinking of something else worked for about 2.2 seconds—then an owl flew out of a tree and nearly gave me a heart attack. I kept running, flinching at shadows and gasping every time a branch moved. My heartbeat was thumping like a drum, and I could hardly catch my breath.

I spoke to myself sternly again. I KNEW I was behaving like an idiot. I forced myself to calm down and look at the stars…that’s when it happened. A car turned the corner and pulled onto the road. It drove slowly toward me. Then it stopped.

My heart leapt into my throat. I stopped jogging and froze. I couldn’t move a muscle. I tried convincing myself that it was just someone parking, but the car crept forward again, inching toward me. As my eyes widened in fear, the car stopped. It was like the driver was sizing me up.

I looked around frantically—no one was around to come to my aid. I panicked. All reason flew out the window as horror flooded in.

Giving a flying leap sideways off the road, I jumped into a ditch and hid behind some tall weeds. The ditch was full of muddy water, and it stank. I didn’t care. I watched as the car pulled slowly beside me and stopped again. My panic went into overdrive. I whimpered.

Then I saw something…

The driver leaned out of his window and put a newspaper into someone’s mailbox. I stared in disbelief as the car crept forward and stopped beside another mailbox.

Suddenly, it sank in—I was crouching in a muddy ditch because of the newspaper boy.

As I walked home in my muddy clothes and squelching shoes, I realized that I’d learned an extremely important lesson that night. When left unchecked, my imagination can lead me to panic over the stupidest things. Today, I keep that lesson in the back of my mind. When unexpected things happen–and my first reaction is to hit the ceiling or react in panic–I take a step back and try looking at things calmly and logically. I pray and ask God to put things into the proper perspective. After all, you never know when the mass-murderer you fear is actually the paperboy.

“Casting down imaginations, and every high thing that exalteth itself against the knowledge of God, and bringing into captivity every thought to the obedience of Christ.” 2 Corinthians 10:5